The Cheapshot cafe in Edinburgh caught my eye online because it is the size of a police box. Curious about its origins and size, I decided to reach out to Mel, the present operator of Cheapshot. Mel kindly answered a few of my questions about Cheapshot for this blog. Below is our interview.

For my readers, could you tell us a bit about what Cheapshot is? What is the origin of the name Cheapshot?

Cheapshot is an old police box turned coffee stand situated in between Bristo Square and Nicholson Square, Edinburgh. The founder and owner, Paddy, originally had the idea to open his own café and wanted to sell very cheap but high quality coffee. He then realised how many empty police boxes were sitting unused in Edinburgh, so decided it would be a good business venture to sell speciality coffee for just £2 to students who had previously suffered overpriced and/or not-so-great coffee on campus. As for the name, I think it just came to him one day… It was originally supposed to be “Cheapshots” but he changed it to Cheapshot the day before he opened.

You work in a very small work environment, the size of a police box. How does that affect your work operations in terms of staff, equipment, and storage?

Well since I’m the only member of staff there are no problems there! There’s actually surprisingly more room than you’d think; I’m quite comfortable, and the only equipment is the coffee machine so that works well, too. Storage can be a problem however… The tubs of coffee beans are quite big, and there are Vegware cups piled up on every shelf and stuffed in to every little space!

How many people are actively involved in Cheapshot (under non-lockdown circumstances)? How long do you usually stay at the box for a shift?

So I’m the manager and sole employee, and then Paddy founded the business. That’s it! His plan was to hire a University of Edinburgh graduate to run the box every year in a sort of “grad scheme” scenario. I was the first graduate to take over in September 2019, but due to the pandemic we weren’t able to hire another graduate to start in September 2020; hopefully we’ll be able to do that this year. And the box is open from 8:30am until 3pm, but I’m usually there for an extra 30 minutes either side to set up and close.

What is the best part about working at Cheapshot?

I cannot stress enough how much I appreciate all my customers, but especially my regulars. I have the cheeriest and chattiest bunch of people who come to me for a coffee, and I’d class most of them as close rather than customers to me now.

I love seeing the same new face every day until that person eventually becomes a “regular”; there usually comes a point in one of our chats where we’ll agree strongly on something or make each other laugh or one of us will shout “OMG SAME!” and I can just tell that they’ve crossed the line between customer and regular. That’s why I decided to start up a podcast called “cheaptalk” where I could share some of the fun chats I’ve had with my regulars.

Tell me a memorable story from working at Cheapshot.

Oh this is a hard one… I mean, the Fringe Festival in 2019 was just one big amazing memory. Paddy and I shared shifts 7 days a week and the weather was great, there was always music playing from somewhere, people would be dressed up in crazy costumes, and we’d have customers from all over the world come to us with incredible stories (and sometimes free tickets to their show!).

What advice would you have for someone who is just getting started in a career as a barista?

Definitely listen to the wisdom of your barista colleagues who’ve been in the business for longer! I started working in a café with zero barista skills or experience, but the people I worked with were so kind and helpful and I learned so much from all of them.

I guess the main thing to remember is that making speciality coffee is a skill that takes years to get good at; I’ve been doing it for about 2 years now and I still feel like a beginner, and have friends who’ve been in the coffee industry for much longer who also still get stuck. So basically, don’t feel intimidated or overwhelmed when you first start out!

What coffees are you drinking at the moment?

Since I’m on lockdown at home in Stirling, I’m keeping it local with beans from Unorthodox Roasters, as they’re pretty much the only speciality coffee place here. The roast I have is a Colombian that I got just before Christmas, so the tasting notes are a bit festive - fudge, maple and vanilla - and it’s SO good.

Do you brew coffee at home? If so, what is your go-to device?

Yes, I love brewing at home! It did take me a while to get used to it during the first lockdown as I normally had coffee on tap at work and making coffee was my job, so at the weekends I preferred to go out for a coffee and have it made for me! Although obviously I can’t do that now, so I use my trusty Aeropress twice a day.

I've seen some Lotus Biscoff biscuits in the background of one or two photos of Cheapshot on Instagram. What snack do you like to enjoy with a brew?

Haha caught! There are quite often Biscoff biscuits hanging out in the box. But my absolute favourite thing to eat alongside a long black is some sort of baked good, preferably a chocolate croissant from Sainsbury’s or a cardamom bun from Bits Bake Shop (my good friend and customer brings me one every Friday as a treat and I look forward to it all week). 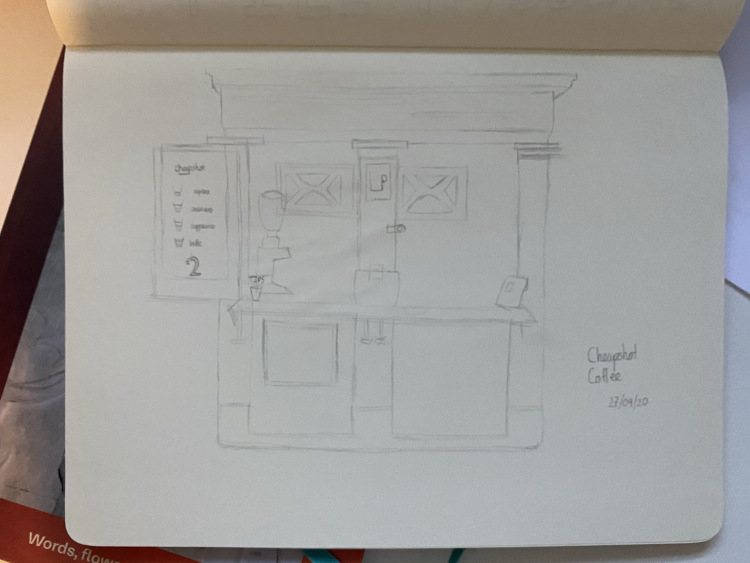 You can find out more about Cheapshot on their Instagram page @cheapshotcof. I recommend giving their podcast, "cheaptalk," a listen which features lively conversations about coffee with Cheapshot customers.